Back To Work by Sheli 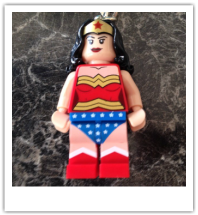 Sheli is a book blogger who blogs at Sheli Reads. She lives in the lovely Cardiff with her boyfriend, cat and far too many books! You can find Sheli on Twitter and talk about all things book related. Sheli has written this fantastic piece of flash fiction that really did make me chuckle. I'm sure you'll enjoy it too.
Santa sighed as he folded the last of his Hawaiian shirts and handed it to Mrs Claus to pack into his suitcase. They had had a great time relaxing in the sun. All inclusive food, lots of cocktails and a less than successful ride on a banana boat had given them some great memories (and photos that were not suitable for Facebook!), but the time had come for them to go home.

Santa had been keeping in touch with his elves using FaceTime so knew that they had been very busy making toys. He had also been keeping tabs on who had been naughty and nice on Twitter. Thank goodness for modern technology! But he knew that even though he would now receive lots of lists from children by email, there were still lots and lots of children who wanted to give him their list in person. And of course he had to deliver the presents himself. There was no way he could trust one of those courier companies to deliver on time. And how would they know to go down the chimney? They would probably leave the presents in a wheelie bin rather than under the tree!

Walking hand in hand with Mrs Claus, they made their way to the sleigh to start their journey home. Santa thought to himself how lucky were that they did not have to queue to get through airport security or wait for their bags to appear on that carousel!

He was facing a very busy month in December, but he knew it would be worth it to see the smiling faces of all of the good boys and girls when they saw their presents on Christmas morning. And it had been a while since he had eaten a mince pie!