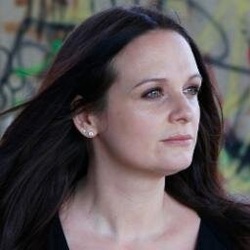 After reading C L Taylor's debut novel (under this pen name) I was so happy to have the chance to ask her about the book. Here's what we spoke about...

1. The Accident is your debut novel; can you tell us a little bit about it?

‘The Accident’ is a psychological thriller about a woman called Susan whose teenage daughter Charlotte steps in front of a bus and falls into a coma. Susan’s husband Brian thinks it was an accident but Sue isn’t convinced and when she finds an entry in Charlotte’s diary that says ‘keeping this secret is killing me’ she sets out to discover exactly what that secret is.

2. What was your inspiration behind this book?

I was pregnant with my son when the idea first came to me. I wanted to write a novel about ‘keeping secrets’ but I had no idea who would be keeping the secrets or what those secrets would be. Then one day, when I was walking back from the supermarket – waddling along under the weight of my groceries – the first three lines popped into my head. I heard Susan’s voice as clear as day and I knew immediately that she was the mother of a teenage girl who’d stepped in front of a bus. I kept repeating those three lines over and over again as I walked home so I wouldn’t forget them, thenfrantically scribbled them down. I kept writing and, less than two hours later, I had the first chapter.

I didn’t write any more until a couple of months after my son’s birth. As a new mum in a new town I was lonely, and very sleep deprived, and I missed writing so, in his naps, I started plotting the rest of the story. I finished the first draft in five months.

3. Why did you choose to examine the mother-daughter bond so closely?

I chose to write about a daughter rather than a son because I think there’s so much pressure on teenage girls these days. They’re obsessed with appearance and fitting in and they look up to celebrities as role models. They also have to deal with mobile phones and social media which isn’t something that existed when I was a teenager and that can be a blessing and a curse. A teenager can live her life through text messages and social media sites and her mother can be totally oblivious to what she’s up to – just as Susan was.

4. Do you have a strict writing routine?

I wish I did. I work four days a week and I’ve got a toddler so it’s a case of writing when I can find the time rather than to a strict routine. Sometimes I write in the mornings, in the hour between dropping my son off at the childminder’s and starting work. Sometimes I write in the evenings after dinner. And sometimes my partner will take our son out to the zoo or a playpark at the weekend so I can grab a few more hours. I really do wish there were more hours in the day.

5. Who is your biggest writing inspiration?

I love Roald Dahl and hold him completely responsible for my love of a dark tale. I still remember reading his entire ‘Tales of the Unexpected’ back list as a teenager and being fascinated, horrified and compelled all at the same time. He’s the master of suspense in my eyes.

6. Can you tell us anything about what you’re working on at the moment?

I’m currently working on my second psychological thriller. It’s very different from ‘The Accident’ as it’s set in Nepal and it’s about four girls in their twenties going on what they think will be the holiday of a lifetime. And it will be – but not for the reasons they think.

Quick-fire:
What is your…


Huge thanks to C L Taylor for taking the time to answer these questions! 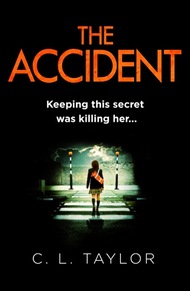