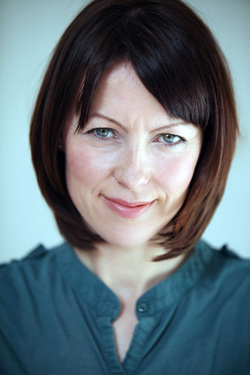 1. Precious Thing is your debut novel; can you tell us a little bit about it?

It’s about a toxic female friendship. Most women I speak to have had one- those friends you love to hate, who make you feel high at times but frequently drag you down. Rachel and Clara shared an incredibly close bond as teenagers but as adults their roles have been reversed. Clara, the girl every wanted for their friend, has undergone psychiatric treatment whereas the once dumpy Rachel is now a successful TV crime reporter. The story opens when Rachel realises the missing women in the story she is covering is in fact her oldest friend Clara. As we begin to see that their friendship isn’t all it appears to be, Rachel comes under suspicion from the police. Did she harm her friend? And if so why? What was it that happened in their past that tore them apart? And can we ever really know those closest to us?

2. What was your inspiration behind this book?

I’m fascinated by the layers to people’s personalities and how they often present a front to the world which doesn’t really reflect the person they are underneath. I was working the summer in Ibiza and the image of this woman who was psychologically complex appeared in my mind. That was 1998. It took me thirteen years before I started writing Precious Thing. Not that those years were wasted. I worked as a BBC TV reporter and covered a lot of crime stories and court cases. There’s probably no better place than a criminal court to see how two competing versions of the truth are presented as fact. What’s fascinating is that we’d all sit there listening to the same stories and often draw different conclusions. I’ve fed a lot of that into Precious Thing.

3. Did you base any of the characters on people you know?

Thankfully not! Although some of my old BBC colleagues tried to guess who the odious news editor Robbie was based on. The truth is he is an amalgam of all the worst characteristics you find in a newsroom. I stole a few scenes from my own life and put them in the book. The way Rachel and Clara meet on their first day at school is exactly how I met my oldest friend when I was eight years old. And there’s another scene where they harm each other that everything thinks is too shocking to be true but actually happened at my school.

4. Do you have a strict writing routine?

I have a routine although I wouldn’t use the word strict to describe it. There’s a lot of procrastination involved like online shopping and tweeting. I can be in the middle of a scene and go to research something on the internet and before I know it I’m googling which dogs make the best family pets or something completely irrelevant. I also spend a lot of time making tea and coffee.

But...I do make myself sit at my desk and write. On a normal day I’ll throw on my running gear in the vain hope I might actually go for a run, take my daughter to nursery, my sons to school and then run/walk back home to deal with the breakfast detritus, load the washing machine, grab some breakfast and eat it at my desk. I can takes notes in a cafe but the proper writing has to be done in my study where it’s quiet and my plot is tacked up on the wall or spread out on the floor. I aim to start by 9.30am but for the reasons given above it’s often closer to 10am. The morning hours are my most productive. If I’m stuck I’ll go for a walk or potter about but I’ll be thinking through the problem all the time. Invariably a solution comes when I take myself away from my desk, often when I’m cooking or hanging washing out! Sometimes I’ll have a twenty minute power nap after lunch because I can’t think and write when I’m tired. That helps me get through the afternoon. If I’m writing the first draft I’ll aim for between 1500 and 2000 words a day. I’ll stop between 3-4pm to collect the kids. The last four months have been much more intense because I ditched everything I had written (90,000 words) four months before my deadline. I’d work all day and once the kids were in bed I’d start again. I had to be surgically removed from my chair when I finished the novel.

5. Who is your biggest writing inspiration?

I always find this a hard question to answer because I don’t have one particular author who inspired me to write but lots. As a child I’d devour Enid Blyton’s Mystery books and Nancy Drew. I read voraciously but my favourite book of all was Harriet the Spy. I loved the idea that mystery lurked in normality. Amazing books inspire me to write. They can be about anything but there’s something about them that send my own words bubbling to the surface. I know some authors don’t read fiction when they’re writing their own, if anything I read more.

6. Can you tell us anything about what you’re working on at the moment?

I’ve just finished my second book. It still sounds strange saying that because it gave me so many problems I wondered if I would ever finish it. It’s about two women, Melody and Eve, who were attacked by the same man years apart. Melody survived but feels dead inside and Eve was murdered. The story is told from their alternating points of view. As Melody begins to pick over her past in order to find the truth she develops a bond with Eve– a bit like a friendship beyond the grave – and realises that although she’s dead she’s the only person who can teach her how to live again.

The idea for third next book has been bubbling away for some time but I’m taking a month to clear my head do all the dreaded admin before I start on another one.