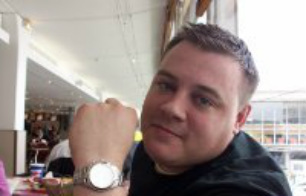 Pete is a prolific author and continues to publish success after success. I recently had a chance to catch up with him. Here's what we spoke about...

1. You have written a huge array of different books, which is your favourite?

I think that all my books have something behind them, The Village Idiot Reviews was written to cheer myself up after losing a close friend, So Low So High was written with some of my experience in it, and was my first book and the father diaries were written at a time when I was going through the first three months of being a father. If I had to pick one though it would have to be The Village Idiot Reviews, purely because I had so much fun writing it. – I didn’t have to think too hard about the jokes in it either, as I hadn’t really written a comedy book before, now if I want new jokes it takes a bit more brain power.

2. Last year you wrote Dating In The Dark, a ‘rom-com’. What made you want to venture into this genre?

It’s a big market with a lot of readers I suppose. Basically, I saw other people doing really well. Couple that with my need to try and write something different and the fact ‘Romantic’ and ‘Comedy’ go so much better together than ‘Tragic’ and ‘comedy’, which is kinda what So Low So High was all about and there you have it.

3. Where did the idea for Dating In The Dark stem from?

I remember talking to a girl I worked with who told me that there was a certain height that is considered being a short person. She was pleased that she was a few inches above this and that kinda set off the start of Jason Harding.

4. Your Father Diaries books are incredibly funny, have you based a lot of what happens in these books on real life?

I’m not sure if I’d say a lot but my wife went back to work recently and has been reading them in her lunch break, she text me one day to ask about something in them and I replied reminding her they were fiction, her response was ‘I know, you’ve changed the names’ so I suppose, yeah. I don’t like to put direct situations into books really, but I can tell you that the problems with little Charlie’s birth and how the hospital was in The Hapless Father, was very much the same as real life. They were terrible at the hospital we were at (during birth- after they were great) and I thought to myself, ‘What’s the point in writing a letter of complaint that they’ll only shrug their shoulders, point at an empty piggy bank and drag out for about five years. So, I thought I’d put all the effort of writing a letter into writing a couple of books based around it. The great things was, that although keeping to a timeline of a diary and a small baby’s life was a struggle, I’m more than convinced it was less stressful than trying to get any sort of apology out of Northampton Hospital.

5. What is your favourite part of writing?

6. If you could have written any book in the world, which one do you wish you’d written?

Whatever is number one in the Kindle charts when you read this.

7. Can you tell us anything about what you’re working on at the moment?

I’m just coming to the end of MORE Office Idiot Reviews. I had promised myself I wouldn’t do another as it didn’t seem worth it, people enjoy the idiot series but it’s not really high brow stuff and no one was really beating my door down for it, however in December I realised that most people want to get something for their work mates secret Santa and it seemed that The Office Idiot Reviews was a firm choice. It sold well enough for me to get another one together. The challenge is making it different from the first one. In MOIR Mr Hogsbottom the owner of Hogsbottom Plugs is selling up and trying to do so before everyone realises and leaves. I can’t say it’s not a slog, but who said writing was ever going to be easy?

Quick-fire:
What is your…


Thank you so much Pete for taking the time to answer these questions. Your last answer in the quick-fire round really made me chuckle!
You can find Peter on Twitter, his website and Facebook.