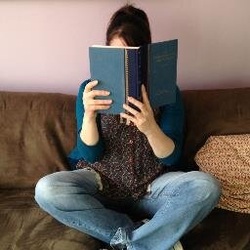 Tilly's debut novel Hopelessly Devoted To Holden Finn has been getting rave reviews since publication date. I was lucky enough to have a chat with Tilly all about her great success...

1. Hopelessly Devoted To Holden Finn is your debut novel, can you tell us a little bit about it?

Hopelessly Devoted to Holden Finn is about Bonnie, a thirty-five-year-old single mum who has dreadful luck with men and an enormous crush on the most unattainable man of all, pop megastar Holden Finn. In a bizarre quirk of fate, Bonnie suddenly finds herself on Holden’s radar and her life is tipped upside-down.

2. Where did the idea for this novel stem from?

I’m the first to admit that I suffer from the most inappropriate celebrity crushes and the question has often popped into my head of what would happen if I met one of them in a situation that enabled us to become friends. It was only natural that at some point I would write about it.

3. Holden Finn is quite a yummy character! How did you manage to make him so swoon-
worthy?

I’m glad you think so! I basically just made him into exactly the sort of bloke I would fancy! It’s one of the biggest perks of being an author so you might as well totally indulge yourself as a reward for all the long hours spent creating your characters!

4. Did you always want to write ‘chick-lit’?

Funnily, I started off writing young adult novels. Although most of them were pretty serious stories, lots of readers started to comment on the humour in them too. So I decided to write for an older audience and make more of the humorous aspects. I think life can be funny, even in the midst of the saddest moments, and so I hope that comes through in my stories. I didn’t expect anyone to be that interested in my chick lit but the first agent I showed it to loved it. She signed me and Hopelessly is the result of that.

5. What was your favourite part of writing this novel?

I fell in love with the characters, pretty much every one of them, and I enjoyed spending time with them, watching them develop and eventually start to tell me what they were going to do next, rather than the other way around! When I’d finished writing it I actually missed them, which is kind of weird as they’re not real.

6. Do you have a strict writing routine or write when the inspiration strikes you?

I used to just write when I felt moved to, but since I’ve been published and now have an agent to answer to, I find that I need to be a lot more disciplined and I treat it much more like an actual job now. I always work all day Mondays and Wednesdays and I try to write for as many hours as I can of those days. I do still have a day job for the other days of the week that pays the bills, and so on those days I work every evening after my kids are in bed, though a lot of that is now taken up doing promotional work like blog posts and interviews.

7. Have you got any more novels in the pipeline?

I’m working on another novel that is set in the town of Millrise where Hopelessly takes place but with a new bunch of residents. The protagonist, Ellie, is a journalist on the local newspaper who finds herself in the middle of a story that will change her own life forever.
I’m not trying to be mysterious or anything, but I can’t say a lot more than that right now.


Quick-fire:
What is your…

favourite colour? - Green
favourite song? – Somewhere Only We Know by Keane
favourite book? – The Book of Lost Things by John Connolly
favourite word? – lush
favourite food? – buttered toast
favourite season? – spring
favourite TV show? – Merlin
favourite author? – I love too many to name just one.
favourite animal? – horse
favourite day of the week? – Saturday – I get to sleep late and then go out for lunch!


Thank you so much for taking the time to answer these questions Tilly! It was lovely to chat with you. 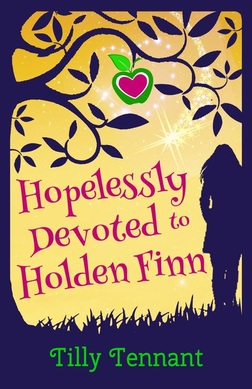