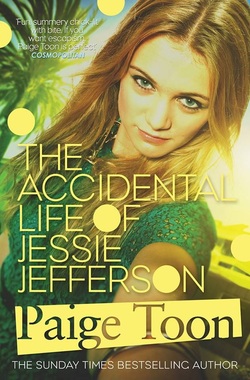 Paige Toon is BACK.

Let me have a little moan first. Ok, so when I head Paige was writing YA fiction I screamed and danced because this would mean us Toon fans would be treated to two new books a year: one adult and one YA. The excitement waned slightly when I saw the cover and title for this book. It felt very different to the Paige I know and love so was slightly anxious that she would be taken out of her comfort zone and write a piece of fiction that was unidentifiable as hers. Alas, I needn’t have worried because Paige is a genius and OF COURSE she could write YA!

For adult fans of Paige, be prepared to be taken out of the adult world of Paige (it takes a bit of getting used to) and for YA readers, welcome to the world of the one and only Toon!

We all loved Johnny and Meg, right? So when we heard they had Barney and also had Pheonix we were so utterly satisfied that they were living happily ever after, we didn’t need to worry about anything destroying their HEA. BUT WAIT. It seems Johnny’s bad boy ways are catching up with him and in this novel two worlds collide…

Jessie is a normal teenager living a relatively normal life, well she was until her mum died in a freak accident. Now living with her stepdad who also happens to be a teacher at her school, she is rebelling against everything. Drinking, smoking, staying out late and getting in with the wrong crowd is what Jessie spends her evenings doing and even when her step-dad, Stu, tries to stop her from doing so, she refuses to listen.

One thing that haunts Jessie is not knowing who her real father is. Jessie’s mother never told her who he was and Jessie longs to be able to piece her life together and find out where she came from. She pressures Stu into telling her and her world is suddenly turned on its head. She can’t be the daughter of world famous rock star Johnny Jefferson…can she? Well, it turns out she might just be and with a new family to get to know and a whole new world to inhabit, can Jessie manage to keep her feet firmly on the ground?

The narrative voice is unmistakably Paige’s which filled me with such warmth, it was like listening to an old friend tell you a brand new story. I think that this novel has been perfectly aimed at a young adult audience but as an adult you can enjoy it just as much and revel in discovering what your favourite characters are up to now. I have to say that some old characters who I know and love shocked me a little in this book and I was hoping they would redeem themselves before the book ended!

As with any Paige Toon novel, the writing is sublime and the characters are so well described and developed that you fall straight into their world. Jessie was a challenging character and I didn’t warm to her at first, it took me a while to sympathise with her but I definitely ended up doing just that. I am going to refuse to mention anything about Johnny and Meg because I could start talking and give the whole plot away so I won’t! But let’s just say…I was surprised by some behaviour!

The pacing, as usual, was perfect and if I hadn’t been so busy this book would have been finished in one sitting, without a doubt. I liked the length but went crazy at the end because I NEED THE NEXT BOOK NOW! This is the one thing I hate with authors such as Paige, they write AMAZING books but then leave you waiting a whole year before you get the next one. They all need to write so much faster ;)

I guess I can keep myself placated by remembering we still have Thirteen Weddings to come this year (HOORAY).

If you are a Paige Toon fan then this book will whet your appetite for more and will keep you happily fulfilled until Thirteen Weddings and if you are new to Paige Toon then WELCOME, you have entered a fantastic world of fiction. Go and read all of Paige’s other books NOW!!