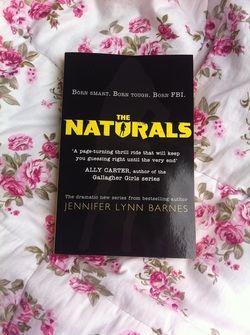 When I was asked if I'd like to review The Naturals, I jumped at the chance. I loved the sound of the blurb and was really excited to discover another author. This novel is very different to other YA fiction that I've read; I found it to be a lot more mature and addictive. Perhaps this was because the subject matter was quite dark which is something I love in books!

We meet a seventeen year old called Cassie who works in a restaurant and lives at home with her Nan.  One day she is approached one day by a customer and is suddenly thrown into the secret world of the FBI. They want to recruit her because they believe she is a 'natural'. She has the natural gift to get deep into someones thoughts; she can imagine how a certain person would behave in a certain situation. The FBI want to use her in cold criminal cases to see if they can solve any of them. Cassie leaves her family behind and moves into a secret house where she meets Michael, Dean, Sloane and Lori who are also 'naturals'. Cassie starts to learn about the reason the FBI want her but not everything is as it seems. When a case crops up that is close to home, Cassie wonders if she can solve it but those around her aren't sure they want it to be solved...

Let me just start by saying this is the best YA novel I have read for a long time. It was so exciting and so unique that I couldn't stop turning page after page! The narrative was impressive and fast paced with some really clever clues left along the way. I can tell you now that I didn't see what was coming at the end which is surprising considering I see myself as a bit of a Sherlock Holmes! There was a decent number of characters, not too many that you forgot who they all were but not too few so you got bored by them! They were also all really different and had some pretty cool back stories which made for some impressive reading. The only criticism I would have is that I found the love triangle between Cassie, Dean and Michael to be far too confusing. At times I didn't know what was happening with them and it left me feeling really annoyed! (Maybe that was the aim, I'm not sure.)

A really fantastic YA book that ticks a hell of a lot of boxes! 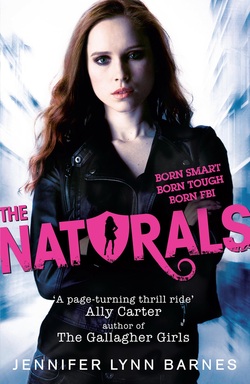 Here is what the book will look like when it hits the shops in November!