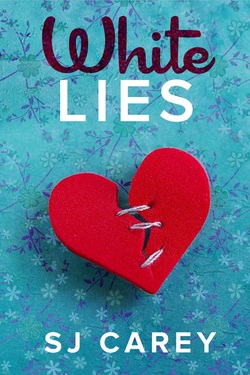 Shaken by the prospect of facing what her doctor called ‘a geriatric pregnancy’ at the ripe young age of only thirty-four, Dubliner Faye White begins to panic. Her boyfriend Jamie prides himself on his frugality … after all, Jamie had predicted the Irish property crash and economic recession years before anyone else, and had been saving accordingly to buy a house at a bargain basement price. Unfortunately for Faye, Jamie does not share her panic on the ‘geriatric’ pregnancy front, and wants them to hold off on marriage and kids for a few more years.

Danny and Sheila McLoughlin are an unhappily married couple living in Cork, contending with the breakdown of their relationship, spiraling debt, and emerging ill health and dementia of Danny’s mother. Danny finds employment in Dublin, where he is forced to live in a grotty bedsit and commute to visit his teenage children in Cork at the weekends. No physical or emotionally fulfilling relationship exists between Sheila and Danny, despite their determination to maintain a front of togetherness for family and friends. A casual encounter with Faye at a cookery class changes a miserable Danny’s perspective on happiness considerably.

Meanwhile, Sheila has played the dutiful wife, mother and daughter-in-law for most of her adult life, forsaking her own ambition to pursue a career as an artist. Sheila finds that her creative self has dwindled to practical inexistence by the time she meets Calum Quinn – her mother-in-law’s bohemian art therapist. Calum brings Sheila’s artistic side back to life, along with some more substantive emotions that Sheila would rather not acknowledge. While painting her portrait, Calum finds himself increasingly intrigued with the auburn-haired beauty.

Well, where to start with this book? It flits between the lives of Shelia, Danny and Faye, whose lives all end up entwined through a series of events. Danny and Shelia are not so happily married, and Faye is newly single and seriously broody. Faye is encouraged by her friends to join a cookery class to get her self back out there following the breakdown of her relationship, when in steps Danny. Danny and Faye seem perfect for each other, but there is the issue of Shelia, Danny’s wife who is back home taking care of Danny’s mother and their two sons. Shelia while visiting Danny’s mother in her nursing home ends up falling for her art therapist, Calum. This and an accident involving Shelia and their two sons finally forces Danny and Shelia to discuss their relationship and what they want from life. Just in time for Faye’s life changing announcement….

This book had me hooked from start to finish and I really enjoyed hearing the story from each of the different characters perspectives. The relationships and links between the characters are well thought out and I loved how their lives became entwined. I felt I had to keep reading as I wanted to know how the relationships developed and I was desperate for a happy ending for both Faye and Danny.

The characters are well formed and Danny and Faye are hard not to like. I did however find Shelia rather irritating at times with her miserable moods and at times would quite gladly have given her a slap!

The book seemed to wrap up quite quickly with a lot happening in the last couple of chapters, but overall it was a fantastic ending and the book was enjoyable. I would definitely recommend this as a book to be added to the ‘to be read’ pile.