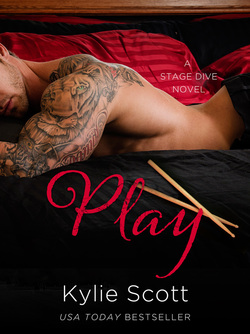 I am excited to be revealing this awesome cover for the second book in the Stage Dive series!
Play by Kylie Scott will be available in May 2014! You can PRE-ORDER now!

Mal Ericson, drummer for the world famous rock band Stage Dive, needs to clean up his image fast – at least for a little while. Having a good girl on his arm should do the job just fine. But he didn’t count on exactly how much fun he could have being with the one right girl.
Anne Rollins has money problems. Big ones. But being paid to play the pretend girlfriend to a demented drummer was never going to be a good idea. No matter how hot he is. She’s had her sights set on her male bestie, Reece, for years. And now that she’s supposedly taken, he’s finally paying attention. If only the chemistry between her and her rock star would stop hitting new heights. 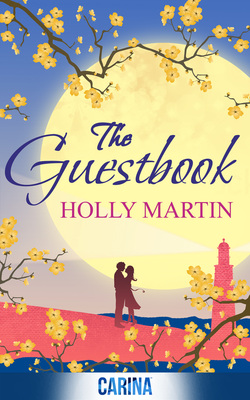 If you are looking for something to keep you company on Valentine's day, then look no further! Holly Martin's The Guestbook is sure to keep you company (trust me, I've already read it)!
I am lucky enough to be able to show you the gorgeous cover today and then on 13th February I will be hosting a leg of the blog tour with a review.
Here is what you can expect from this gem:

Welcome to Willow Cottage – throw open the shutters, let in the sea breeze and make yourself completely at home. Oh, and please do leave a comment in the Guestbook!
As landlady of Willow Cottage, the young widow Annie Butterworth is always on hand with tea, sympathy or strong Norfolk cider - whatever her colourful array of guests require.  A flick through the messages in the leather-bound cottage guestbook gives a tantalizing glimpse into the lives of everyone who passes through her doors.
This includes Annie herself - especially now celebrity crime writer Oliver Black, is back in town. He might grace the covers of gossip magazines with a different glamorous supermodel draped on his arm every week, but to Annie, he’s always just been Olly, the man who Annie shared her first kiss with.
Through the pages of the Guestbook Annie and Olly, along with all the guests that arrive at the seaside retreat, struggle with love, loss, mystery, joy, happiness, guilt…and the odd spot of naked rambling!
Forget sending postcards saying 'wish you were here' - one visit to Willow Cottage and you’ll wish you could stay forever.

Get excited and PRE-ORDER!! This book will soon be what everyone is talking about. If you want to find out more about the lovely Holly then head over to Twitter or her blog. 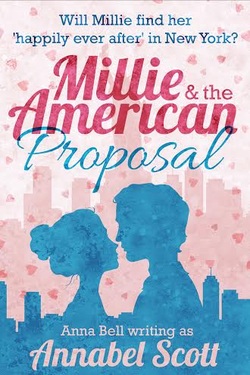 Millie’s boyfriend James gets offered a job in Singapore, he accepts, thinking that she’ll give up her job and go with him. Only Millie gets offered a work secondment to New York which is too good an opportunity to turn down. When she arrives in the city, she soon discovers that she’s not the only one new in town; her ex-boyfriend, Rob, is back, and he’s separated from his wife. It’s time for Millie to work out what she wants from life. She’s got to decide whether she’s Team James or Team Rob as she gets her very own American Proposal.

I am so excited to read this book! I love Annabel's writing and think Millie is an awesome character. You haven't got long to wait as this book will be available on 11th February! Follow Annabel on Twitter or like her on Facebook. 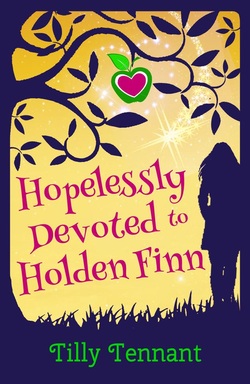 I am very excited to be bringing you this cover reveal today! Tilly Tennant's novel Hopelessly Devoted To Holden Finn will be available on January 30th!

'There’s only one man for Bonnie, and that’s Holden Finn.
The problem is that Holden Finn is a twenty-three-year-old pop megastar with his boy band, Every Which Way, and has no idea she exists. Not only that, but half the women in the world want to be Mrs Finn, including Bonnie’s teenage daughter, Paige. The real men in Bonnie’s life do nothing but let her down, but a man you can’t possibly have can never do that… right? She’s safe inside her fantasy bubble.
Then Paige wins a radio competition to meet Holden and the band, and Bonnie’s carefully-constructed world starts to unravel. She is about to find out that you should be very, very careful what you wish for …'


This book sounds fantastic and I am eager to get my hands on a copy when it's released! Check out this promotional video for the book:
I adore the cover and hope you do too! If you want to find out more about Tilly then head over to her website. You can also find her on Twitter, Goodreads and Facebook! 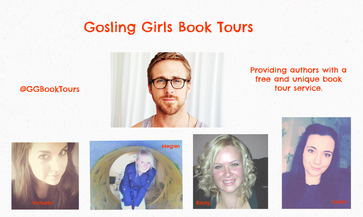