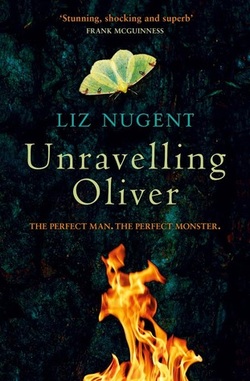 When a copy of this gorgeous novel arrived, I was very quick to place it right at the top of my TBR pile. I loved the cover and the blurb promised a corker of a novel, full of psychological suspense.

Reading a book like this, full of complex characters, fast plot twists and shocking revelations makes it hard to summarise the plot. I’m frightened of giving away too much information about what happens so I have tried to briefly summarise.

Oliver seems to be the perfect man: works as an author, has a generous amount of money and is married to his illustrator. However, when he attacks his wife and she ends up badly beaten, all eyes turn to Oliver and as we learn about him from those who have met him throughout his life, we begin to piece together the events that could have led to the brutal attack. It slowly dawns on us, as the reader, that Oliver is not all he claims to be and that underneath the bold exterior, he might be a very damaged character.


This novel was extremely well planned but when you start reading it all feels a little confusing. It wasn't until I got to about seventy five percent of the way through that everything started to fall into place and all the characters started to link beautifully. The novel is cleverly told through the eyes of several characters who, in the beginning, seem a little unimportant, but as the book progresses it becomes clear just how many people’s lives Oliver influenced. We also have the chance to see things through Oliver's eyes and I found I had a range conflicting emotions about him. I hated him, yet I felt sorry for him. Which left me unsettled.

I think that was the common theme that ran throughout this book: a sense of unease. Whilst the story was dark and compelling, I was far more concerned by the way it made me feel. I felt like I should be feeling a certain way and when I didn't I wanted to challenge what I was feeling. I also found it hard to sympathise with any of the characters because I was constantly worried they would turn out to be untrustworthy.

Whether this was intended or not, I felt the book explored the nature/nurture debate and, being a huge psychology fan, meant I really relished that aspect. I thought it was cleverly illustrated through using Patrick as Oliver's antithesis and their juxtaposing behaviour was incredibly well written.

There wasn't a huge amount of character development over the course of the novel but that didn't matter too much to me, I liked the claustrophobic nature of the plot which centered very closely on a tight knit group of people. The characters were really well crafted and I found it fascinating to witness the relationships between them all.

Nugent's writes with an experienced hand and it feels far too impressive to be a debut. I am very excited about what we could enjoy next from Liz and I am sure I will not be the only person keen to read her next offering.


A haunting debut novel about the true strength of human nature.